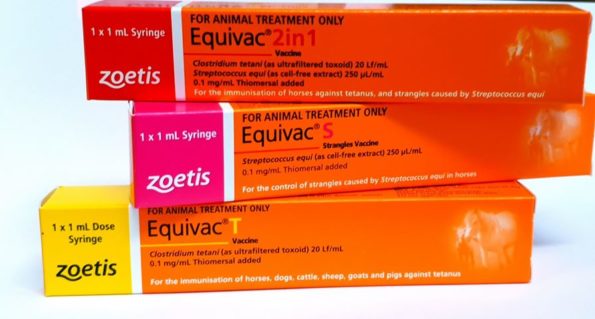 Horses will routinely be vaccinated again strangles and tetanus. The protocol is outlined below: 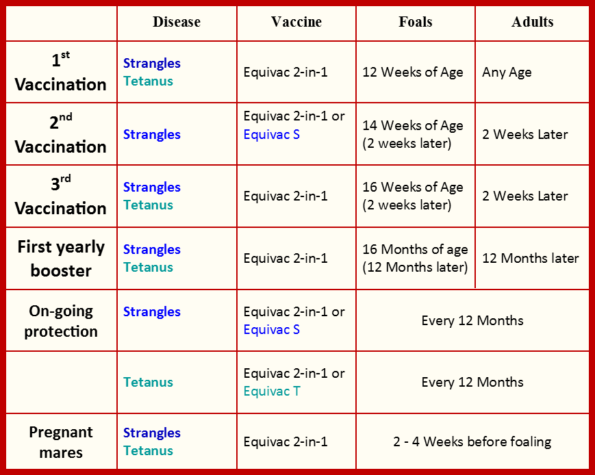 So, what is Strangles? 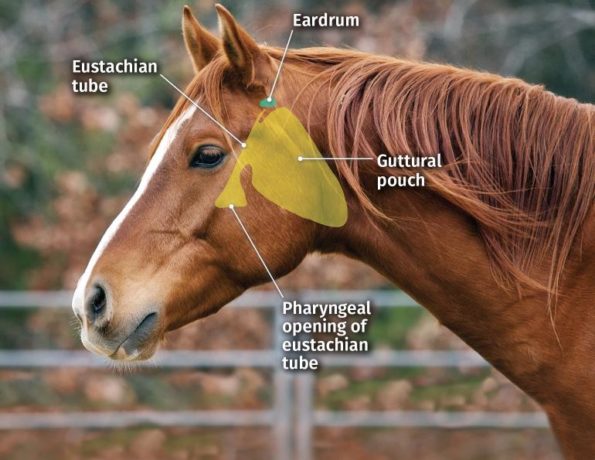 Strangles is a highly contagious disease, spread by direct contact of the bacteria – Streptococcus equi ssp. Equi. The disease is called ‘strangles’ because the lymph nodes become abscesses, which can potentially occlude the airway and make breathing /swallowing very difficult. It is seen to affect horses, donkeys and mules and spreads by direct horse-to-horse contact or by humans, tack, drinking troughs, fences and from the environment contaminated with the infectious discharge. The bacteria can live in the environment for up to 8 weeks in the right conditions, though does not tolerate frost (below 0ᵒc).

Symptoms of infected animals may arise within 3-14 days and may include: 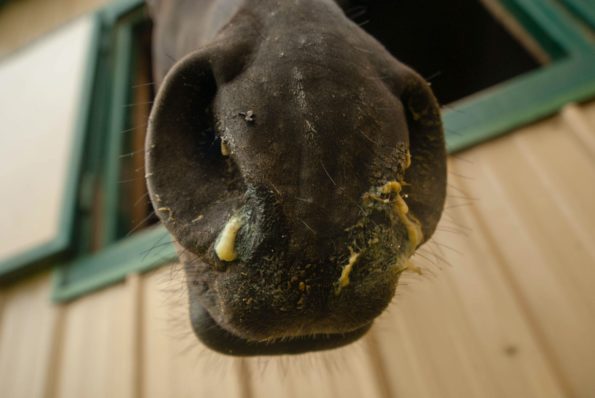 Once infected, the animal can begin to shed bacteria into the environment shortly after fever is apparent, and continue to do so for a 2-3 weeks. In some cases, where the horse is a chronic carrier, the bacteria can shed from the infected animal into the environment for months.
Although humans are not known to be affected by this bacteria, hygiene and cleaning protocols play a big part in prevention of the spread of the disease.

If you suspect that your horse may be infected, contact your treating vet to discuss a consultation and treatment options which may vary between individuals. Medications should only be given under direction of a treating veterinarian. 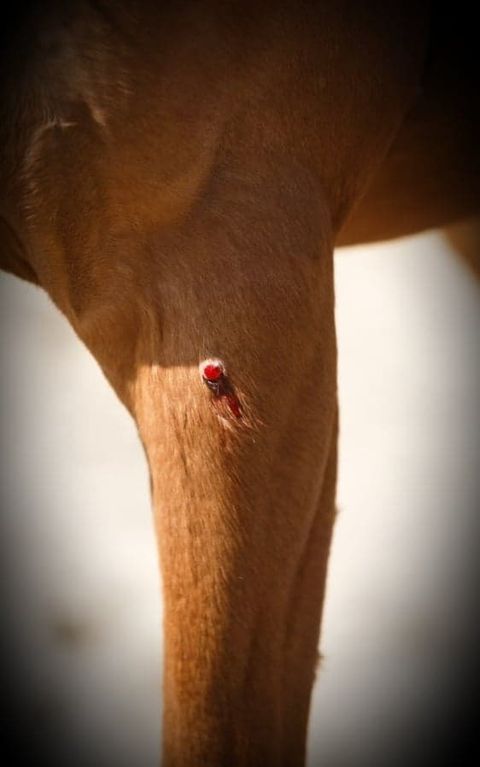 Tetanus is a toxic reaction a specific poison (toxin) that blocks transmission of inhibitory nerve signals to muscles. The toxin is produced by the bacterium Clostridium tetani in dead tissue which eventually leads to severe muscle contraction and an exaggerated response to stimuli without a relaxation phase.
Clostridium tetani is found in soil and intestinal tracts. In most cases, it is introduced into the body through wounds, particularly deep puncture wounds. Sometimes, the point of entry cannot be found because the wound itself may be minor or healed. The bacteria remains in the dead tissue at the original site of infection and multiply. As bacterial cells die and disintegrate, the potent nerve toxin is released. The toxin spreads and causes spasms of the voluntary muscles.

First symptoms can be the appearance of how the horse is standing at rest and may also start to move differently to normal. As the disease progresses, symptoms become more obvious and present as the following: 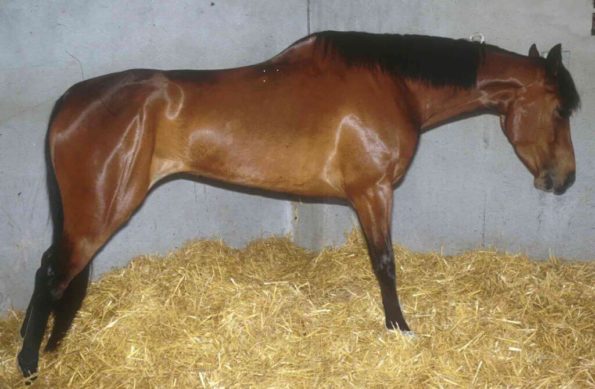 The incubation period varies from 1 to several weeks but usually averages 10 to 14 days.

As the disease progresses, the reflexes increase in intensity and the animal is easily excited into more violent, general spasms by sudden movement or noise. The spasms may be so severe that they cause bone fractures. Spasms of head muscles cause difficulty in grasping and chewing of food, hence the common name, lockjaw.

Tetanus is not easily treated but can be easily prevented by keeping up to date with vaccinations.

If you are concerned about the possibility of your pet being infected with tetanus, contact your treating veterinarian immediately .