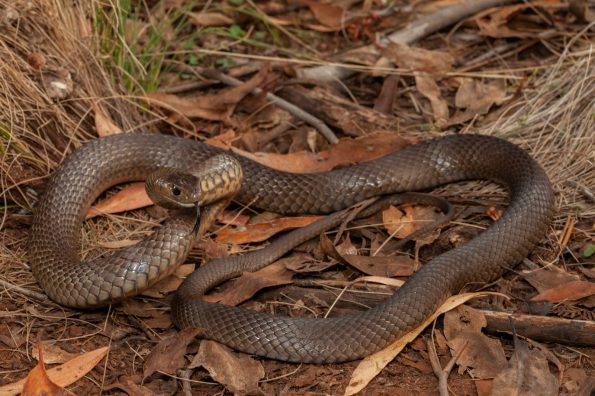 In Australia there may be 60,000 cases of snake bites per year of dogs and cats. Up to 15,000 deaths of pets may occur. Climate change may increase the risk as snake search wide for food (frogs, mice etc) and for water sources.

It is suggested about 3000 people get bitten by snakes in Australia every year. With over 300 received antivenom. In 2019, 6 people died.

Did you know 85% of people respond to 1 vial but 15% require more antivenom.

The most common poisonous snakes in Australia include: Brown, king Brown, Taipan, Tiger, copperhead and Red belly black Snake. Remember if your pet is bitten DO NOT try to catch or kill the snake. All Australian snakes are protected and you may expose yourself to unnecessary danger.

Antivenom may save 75% of dogs treated. In Victoria 76% of all bites are brown snakes and 13% tiger. Most antivenoms are multivalent i.e. combination of Tiger and Brown snake which cross protects against all major snake bites including: copperhead, brown, tiger, red belly black snakes.

The cost however is expensive. Imagine milking a tiger snake for a tiny volume of venom for a living!

Did you know some snakes have coagulants i.e. potential to form blood clots.

Some have anticoagulants i.e. excessive bleeding can occur, most have neurotoxins. I.e. toxins that compromise the nervous system, some have myotoxins i.e. causing muscle damage and deliver myoglobin to the kidneys that may cause renal failure.

Some dogs and cats may be more at risk than others. Some cats are renowned snake killers. The terrier breed of dog such as the fox terrier and Jack Russell terrier may actively hunt snakes.

Most cats and dogs are bitten around the mouth or limbs. Snake bite marks are rarely seen on an animal.

Early signs may be vague or mixed: sensitive to light, nausea, vomiting (on envenomation) headaches, collapse, port wine urine and bloody diarrhea. The onset of signs could be with in minutes.

We have had a client bring a dog in that had cornered a snake and was bitten. The patent was dead with in 20mins. However some signs can be delayed for hours.

Treatment will usually involve intravenous fluids (on a fluid drip), given antivenom (multivalent if snake not identified) and monitored.

Certain tests e.g. muscle enzyme measurement or blood clotting times, may assist identify if a bite has occurred or if it is a “dry Bite”

It is critical to present your pet to a veterinarian as soon as possible if a snake bite is suspected.